The British Museum – Getty Not one of London’s major museums and galleries will reopen on July 4, despite being given the green light to do so from the Government. The latest easing of lockdown measures means that from next Saturday, cultural institutions, along with pubs, restaurants and hotels, will […]

Not one of London’s major museums and galleries will reopen on July 4, despite being given the green light to do so from the Government.

The latest easing of lockdown measures means that from next Saturday, cultural institutions, along with pubs, restaurants and hotels, will be permitted to welcome visitors, provided that they adopt a raft of safety and social distancing measures.

While many hospitality businesses have been clamouring to reopen and quickly announced their plans after the Prime Minister’s statement, the capital’s cultural attractions have been much more reticent.

After the announcement, the Directors of the Tate, Science Museum Group, Natural History Museum, National Gallery, British Museum and Victoria and Albert Museum issued a joint statement, which offered no concrete plans:

It stated: “We welcome the Prime Minister’s announcement to allow the safe reopening of our galleries to the public this summer. We will now work closely with the Government, trade unions and supporters to see how and when we can open our doors again in a financially sustainable manner, for the long term.”

Questions have been raised as to why plans are seemingly in their infancy, when other sectors have quietly worked on how to safely reopen since spring.

A “possible timeline” for reopening, recently published by the National Museum Directors’ Council, suggests that: “Some museums will prepare for reopening with greatly reduced capacity throughout July and August – some sites will open to test processes, while others remain closed”.

Worryingly, the timeline also indicates that some museums may wait until spring 2021 to reopen.

A spokesperson for the British Museum said it was: “Hoping to make an announcement soon”, but confirmed that they would not reopen on July 4, citing the fact that: “Our collection is very complex, varied and housed within an older building – so we are currently planning safe access for visitors and the collection, with social distancing”.

Concerns have been raised that the low temperatures in museums, which are essential to protect their collections, create better conditions for the virus to spread. The lack of ventilation could also prove a problem.

There is an argument, however, that public galleries’ failure to be as agile as hospitality businesses stems from the fact that they have less financial incentive to reopen.

Have any public museums and galleries announced plans to reopen?

The National Army Museum in Chelsea is the only major museum to confirm its reopening date, July 7, although it has yet to reveal any other details.

In terms of galleries, the Wallace Collection in Marylebone has announced firm plans to reopen on July 15. It will return with free, timed tickets, which must be booked in advance. A one-way fixed route will be in operation to ensure social distancing and some parts of the gallery will remain off-limits.

When announcing the news, the Collection’s Director, Dr Xavier Bray, said: “These are unprecedented times, and it has never felt more important to bring art and culture to our audiences.”

The National Gallery is likely to announce its plans “early next week”, according to a spokesperson and is anticipated to be opening relatively soon.

Meanwhile, Serpentine Galleries in South Kensington has said it will begin a phased relaunch from August 4.

What about commercial galleries?

Those wanting an art fix can visit a number of commercial galleries, which have been allowed to open since June 15, as they can be classified as non-essential shops.

Key players such as Hauser & Wirth in Mayfair and Bermondsey’s White Cube are both now open but require advance booking and have reduced opening hours.

Flowers Galleries, which has outposts in Mayfair and Hoxton, is planning on opening its West End gallery in July, initially by appointment only.  Managing Director, Matt Flowers, says the safety measures will be “full on – with face coverings, hand sanitiser at the door and two-metre distancing.”

He also points to the successful reopening of the company’s Hong Kong gallery, where “face coverings are the norm”.

Are cultural attractions in other parts of Europe open?

The cautious approach of London museums comes despite the fact that cultural attractions across Europe have reopened. In Spain, which endured one of the strictest lockdowns, the Prado art gallery reopened its doors on June 6. At the time, the country was still in a state of emergency. In France, the Palace of Versailles reopened on the same day, while the Louvre has announced it will open on July 6. It’s a similar story in Italy, where the renowned Peggy Guggenheim Collection in Venice have been welcoming visitors since early June.

All of these venues are operating with measures such as reduced capacity, increased cleaning, and hand-sanitiser stations, arguably providing a blueprint for how British museums could proceed.

Mon Jun 29 , 2020
Click here to read the full article. Matthew Moneypenny is a man concerned with both surface and depth, with gorgeous appearances and the knotty realities behind the façade. This is evident in the distinction he makes between fashion and style: “Fashion is a thing which chases trends and is constantly […] 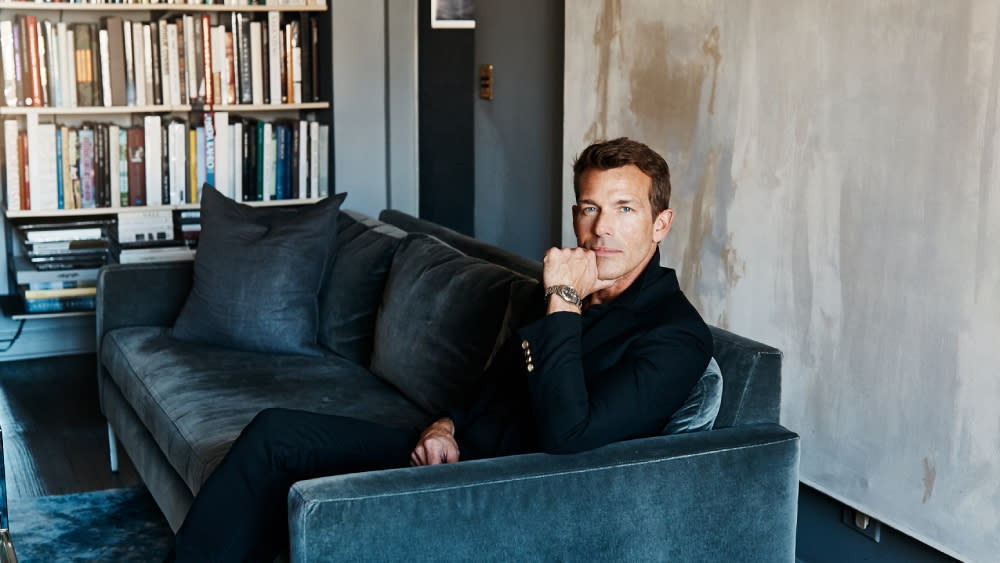